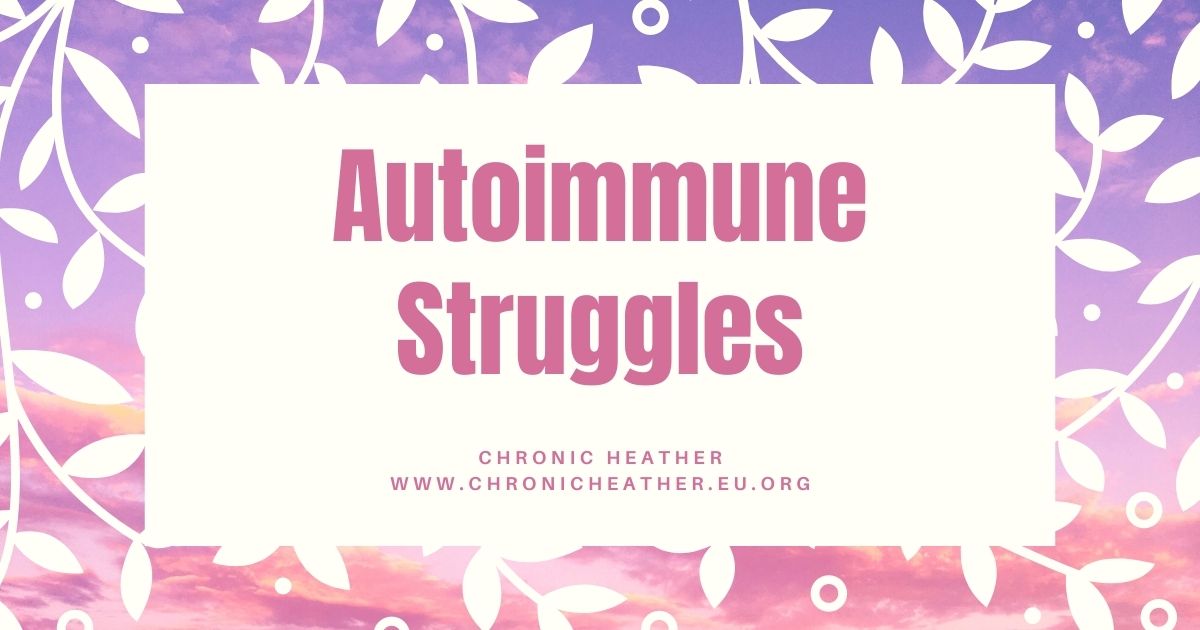 After getting four positive autoimmune tests and seeing as the rheumatologist isn’t any help and my doctor said to me that he doesn’t know about autoimmune issues, I am now stuck as he won’t refer me to an immunologist.

I have had chronic pain and chronic fatigue for decades now, but they both got severely worse a few years ago. It seemed to all get worse after I developed a hole in my septum of my nose called a perforated septum. After that the pain and fatigue got much worse.
When I saw a doctor about my nose they just dismissed it. I said I haven’t used drugs as the common way to get that is by snorting cocaine which I don’t do. I said it used to bleed easily and then scab over. It eventually just became a hole.
I went to one dreadful doctor who said it wasn’t even though I could even see it (this doctor also once misdiagnosed me before), so I saw another doctor who confirmed it was a perforated septum as I expected.
No one did anything after this. It is commonly caused by autoimmune conditions.
The pain and fatigue got worse and worse until I became bedbound with the pain which became unbearable and the worse pain imaginable.
I asked and asked for autoimmune tests but they kept saying no.

Roll up to a few months ago when I asked yet again after many times asking, and he sent me for one. As you know, I got 4 positive results.
The doctor just wants me to repeat the tests in 3 months, which will be this month.
I am just waiting for the missing blood test to be sent out as they took 5 calls to get the blood test forms for the repeat tests even though they called me to tell me to do it not long ago.
They eventually sent some out even though they kept asking who asked for it and why am I having it even though I had spoken to the same receptionist a few days prior who called me.
Now missing one they forgot to add on…
He sent me to a rheumatologist but all he did was look for red spots on my hands and legs for scleroderma. That is all he cared about and wouldn’t help me at all. He also was a bit of a pervert (as you will find out from a previous blog post).

Everytime I see someone they speak about the last time I saw a rheumatologist and the MRI test I had at the time, BUT this was for a totally different issue many years before the pain got bad! The MRI wouldn’t show anything about my current issue! Yet all doctors mention it and I have to tell them over and over but they never care. They just see it as I had an MRI even though it was years before I became bed bound which happened quite rapidly.

I really wish I had money and could see a private doctor as the healthcare I personally get on the NHS is terrible.

So will get the blood tests done, probably the same results as 3 months ago but the doctor just won’t do anything. My health deteriorated over the last couple of years and of course the perforated septum which is usually caused by autoimmune conditions but no referral, no nothing. Just repeating tests for infinity but a doctor that doesn’t understand autoimmune conditions as he is just a GP.