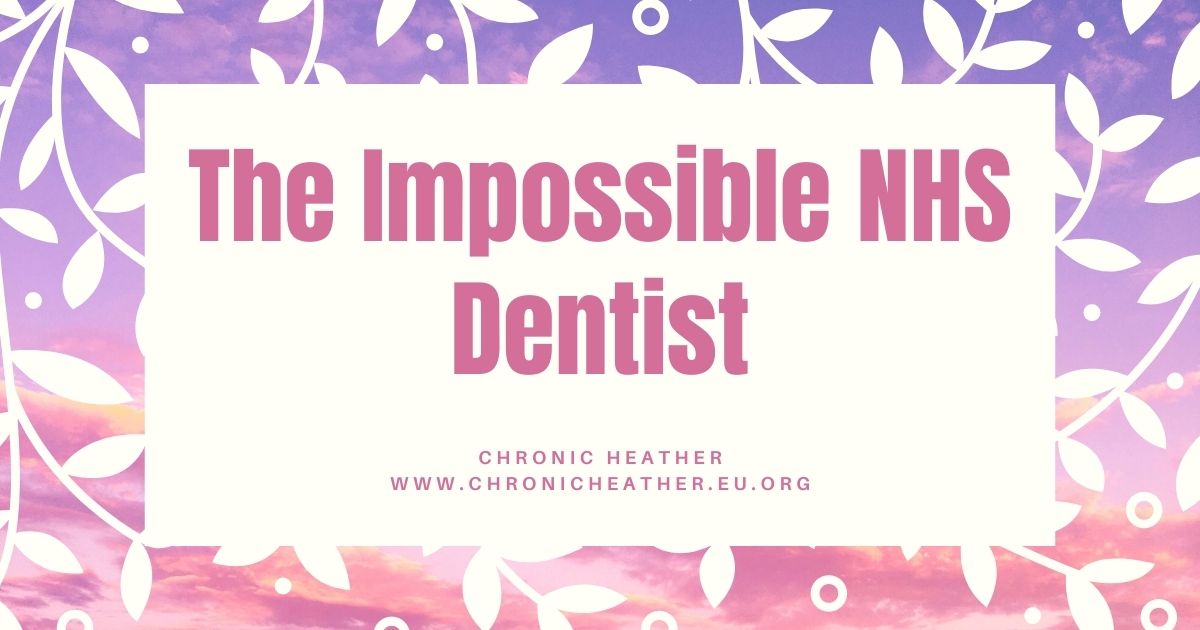 I have been on a waiting list at one NHS dentist for nearly 5 years!
There are no dentists taking NHS patients, only private ones.

I have emailed healthwatch and NHS England and got nowhere. NHS England commissions dental services in England and is required to meet the needs of their local population for both urgent and routine dental care. They have failed me for over 5 years in total (been looking for longer than on my current waitlist).

I emailed NHS England a few times over the years.
One time they refused to help and denied they had to provide dental care over and over even though it says on their website that they have to.
They then said that is the end of this and closed the case and refused to talk to me.

I then emailed again this time making a complaint about that person and the fact they aren’t trying to provide care.
This time at least I got a reply, although it went nowhere.
First they didn’t read my email properly and assumed I wanted them to fine me a dentist even though I made it clear this isn’t what I wanted and that I said they have to provide dental care in all areas.
They tried to say I was wrong and the person who wrongly closed the case and stopped replying was right, so I wrote a detailed reply back with facts and they then realised I was right and they were wrong.

They denied they had to provide care to people so I took a screenshot from their own website which states they have to provide dental care.
They said they would contact the dental commissioner in my area.
Then I never heard from them again. I keep chasing a reply but it has been a year now and no reply back. This is clearly them ignoring me.

There are lots of private dentists, but no NHS dentists anywhere near!

I even have to pay for my treatment even though I get just £300 a month PIP and that is it as I mentioned before, I don’t qualify for ESA or UC.

Fighting for dental care shouldn’t be a thing! If I was in London I would be fine as there are lots of them. But of course in northern England, it isn’t the same.

This is of course after I had the worst dentist ever!
Basically I had bleeding gums even though I saw my dentist every 6 months since I was a child. My last dentist was fine and my gums were fine until when I moved, as I had to get a dentist around here. I got one and it was the worst ever.
The bleeding started mild and got really bad. The dentist did nothing but look in my mouth and sent me on my way. After they got bad he said “use interdental brushes” and sold me some, most likely for commission or something.
I asked for the 7 or 8 years I went there for a scale and polish many times and he never would even though it is included in the check-up fee. He would poke my gums and blood would gush and he sent me on my way.
I spent money on Corsodyl and others like it as he wouldn’t do anything for me. They got worse and this went on about 4 years!!
Eventually he referred me to a dental hospital. They were shocked and did a deep local anaesthetic clean. I said “between you and me as I know you can’t really say, but is this malpractice?”, she immediately said “yes, you should change dentists”.

And now we are here.
No dentist and impossible to get one unless I had money to see a private dentist.

Healthwatch say contact NHS England and they won’t reply to me anymore.
This is ridiculous.
4 wisdom teeth, clicking jaw and now biting gums and tongue. Can’t get anything done nor get dental care.