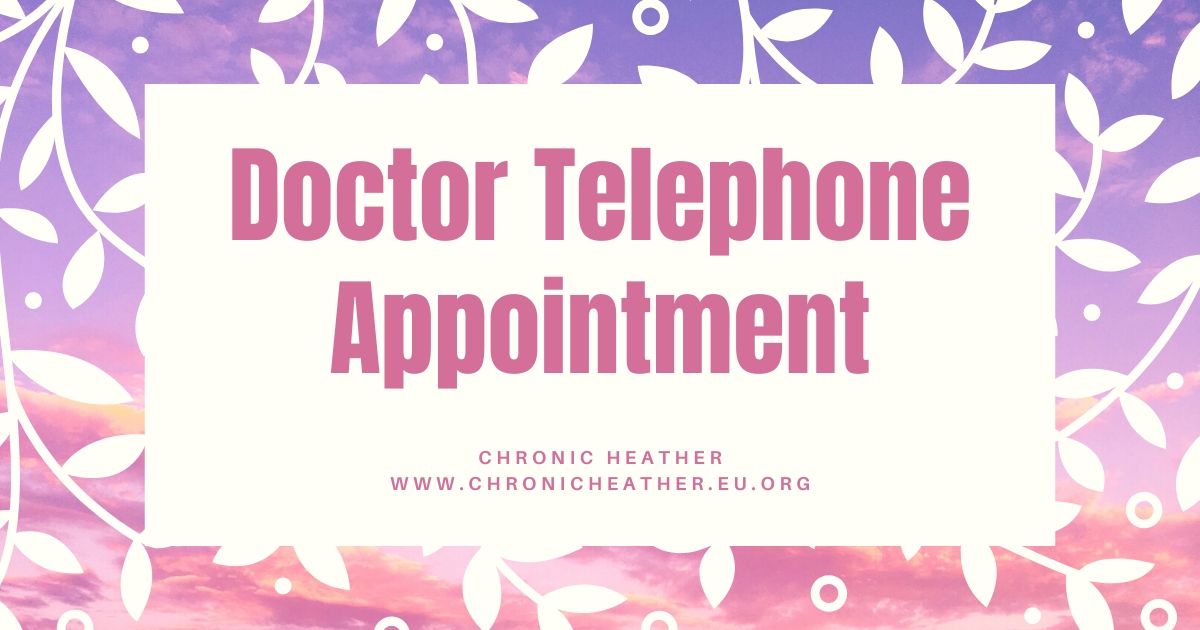 The doctor made a huge mistake.
Had my telephone appointment and I said maybe I should stay on this dose 2 more weeks to see how I go.
It doesn’t touch the moving pain but helps the idle pain but also runs out of the day you change your patch. Don’t really want to go on a high dose of Fentanyl when it is so addictive and hard to get off if I can help it.

That’s a massive mistake to prescribe the wrong dose!

If I hadn’t checked I would run out and be waiting for the chemist to come deliver as they do but it wouldn’t come and when I would finally realise he hadn’t sent it over electronically even though he said he would, then I would be out of medication and I would have only then found out it was the wrong dose!
Now sat waiting for the receptionist to call me back after asking him to fix it…

Also saw he noted down the opposite of what I said on the phone. Mistakes like that on my record aren’t great!