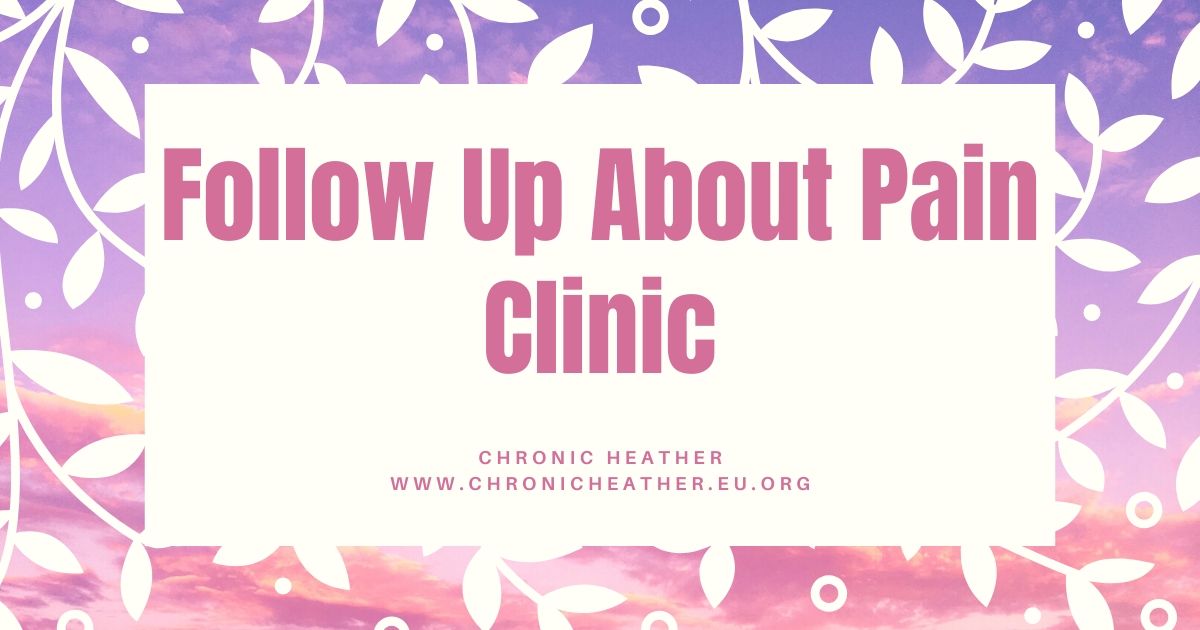 Went to my GP about the lies in the letter from the doctor at the pain clinic and my own doctor agreed that the side effects and conditions he stated were wrong and told me to complain via PALS which I will be doing.

He won’t be reducing my painkillers for no reason like the pain clinic wanted now, even though he point blank told me when I was there he wasn’t going it yet said the opposite in the letter to my GP.

Will be complaining and thankful my GP isn’t reducing my painkillers for no reason. Phew!