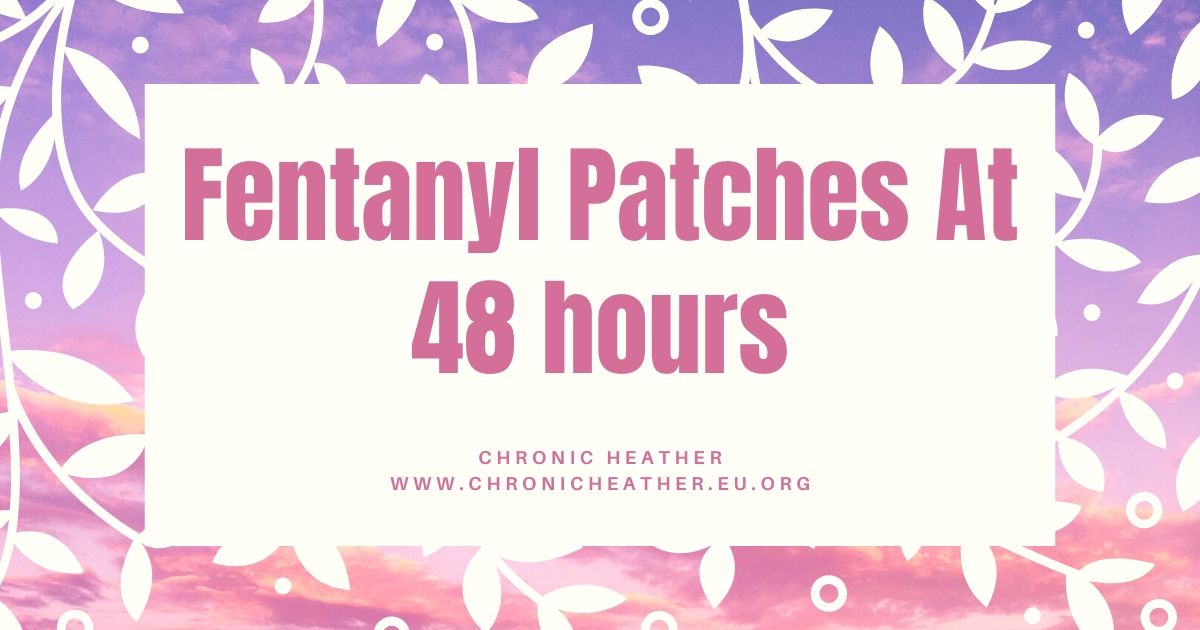 As you know I went back to trying every 48 hours for my Fentanyl patch due to even at 60 hours, still having withdrawal between patches.

I had tried 48 hour intervals last year but I had side effects such as feeling too hot all the time plus the “drunk” feeling I had even at 72 hours, became constant at 48 hours.
At that time I had gone from a 72 hour interval to a 48 hour one with no luck.

This time *touch wood* 48 hours is working much better. No drunk feeling at all (I had lost that even on 60 hour interval though), and temperature still varies a bit but not like it was with the withdrawals where I would be shivering and sweating at the same time.
Only downside with the body temperature is an issue where I seem to have a weird chill and warmness at the same time. Very odd which only started a few days ago and I am hoping it goes as I had 3 weeks of no issues at all.
Still less annoying (right now), than the withdrawal between patches I had at 72h and even 60h that was unbearable. I felt like a junkie needing a hit; a hit being a patch change.
Much more manageable on 48 hours.

I am still on the Clonidine for withdrawals even though it stopped working many months ago, which I had told my doctor about but he said to continue “just in case it is doing something” (his exact words).
I forgot to ask him again if I should just stop them when I spoke to him today, doh! Oh well I speak to him every 3 weeks anyway.

Fingers crossed I settle on 48 hours happily for a long time.
Still would prefer cannabis with no side effects at all and works so well with no withdrawals or any downside! NHS still won’t prescribe it for pain though even when you have tried everything and have had so many issues with opioids.