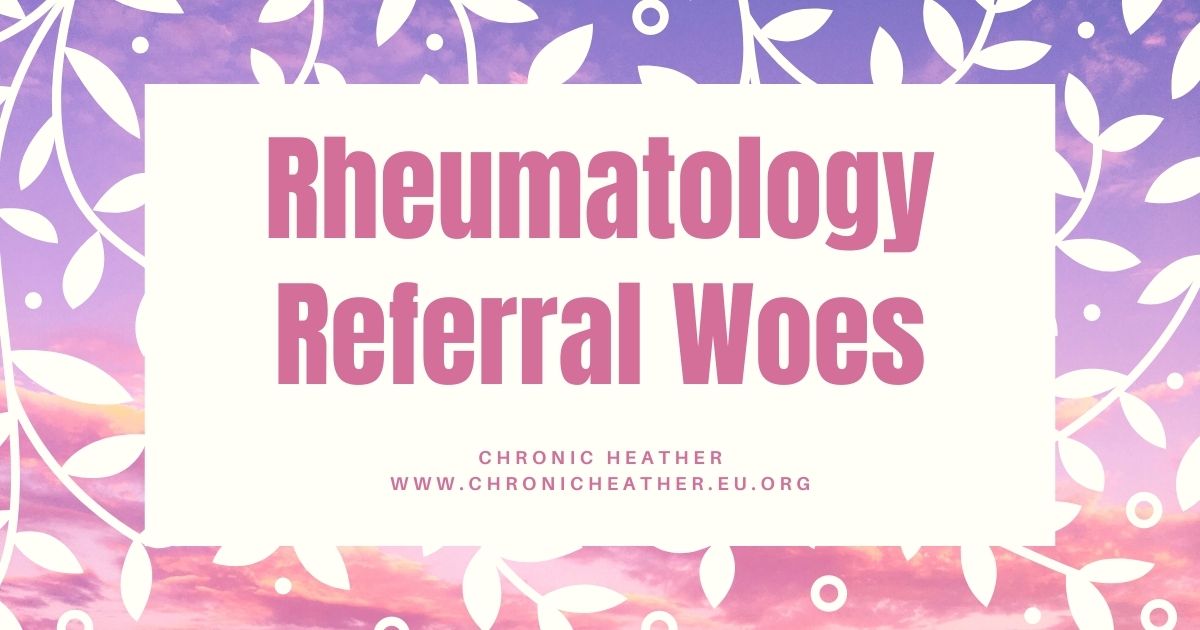 I chased up my Rheumatology referral today after the deadline that they were supposed to call back arrived and they hadn’t called me.

For those that don’t know, I had four positive autoimmune tests, plus I also have my existing chronic pain and chronic fatigue, both with no known cause. (previous blog post)

I got passed around on the phone and finally spoke to someone.
She said that he reviewed my referral on the 4th of November (7 days ago and no one bothered to call) and she said that he said quote “it won’t be an urgent appointment as the results were normal so it is just a regular appointment” ?!
I said they weren’t normal, there were multiple positive autoimmune tests!
She paused and was reading and said quote “it is a bit weird yes.”
I spoke again about the tests and she read a few back to me so they are there and she seemed very confused too but she said “that is what he wrote” so there is nothing that can be done.

It should have been urgent referral due to positive test results, but he seems to have read the results wrong!

So now no appointments until next year and it isn’t even at my local hospital! They apparently are having them at the other one to minimise people….
It is an utter pain in the butt to go there. Both are bad enough with my health, but this one is worst of the two by far!

I have nothing but issues with the NHS as you may read from my blog. Endless issues.

I still am not getting any other tests for the other positive results either as the GP just wants to result my liver in three months, even though I could have numerous things as I have the positive tests and don’t need the liver test to be high! It was already borderline but he won’t do a thing. (previous blog post)