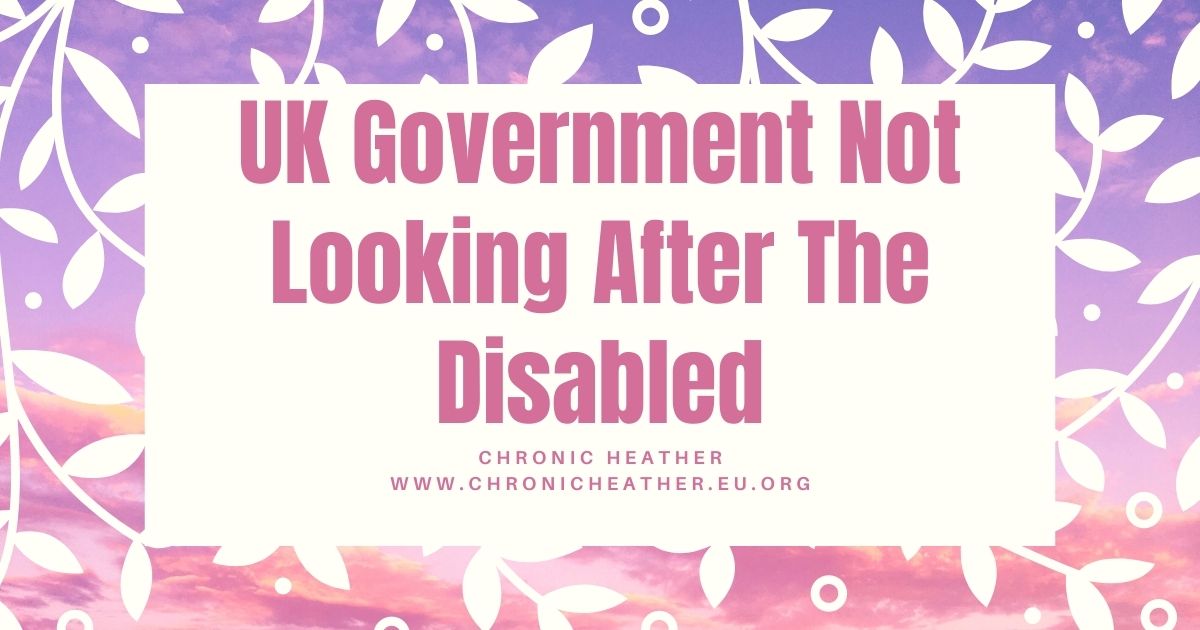 As after I couldn’t work full time anymore, I went to work part time and then casual work after my health deteriorated rather than just quitting and claiming as I wanted to work for as long as I could, but by working part time and casual it meant that I hadn’t paid any National Insurance Contributions so I can’t get ESA (disability in the UK). This means I live on £300 a month PIP which isn’t enough to get by on!
You can’t even get a rented place and food for that a month so I am lucky to live where I do or I would be homeless!
As I don’t live alone as I can’t afford to, I can’t get Universal Credit either as their income is taken into account so I am left with barely any money and no NI Credits which you need to get a pension when you are older.

I am trying to get National Insurance Credits as PIP doesn’t grant you them, but to do so, I have to go through the ESA application which is lots of forms, medical assessments, doctors fit notes and medical notes, just to get a letter saying “we can’t pay you as you don’t qualify” which I knew but surely there should be an easier way to get the NI Credits!?
Why should I have to go through the whole ESA application just to get NI Credits? Why can’t you just give me them when I tell you what is wrong with me. You can even see from my PIP application what is wrong!

This is a government that lets me live on £300 which leaves me struggling to get by.
I don’t even get free prescriptions on PIP so I have to pay for those too!!

The system is so broken. If you are disabled and unable to work, you should be looked after and should be given NI Credits without a farce. I shouldn’t be in this position of being struggling to survive.
Plus I most definitely shouldn’t have to apply for a benefit that you won’t even give me just to get NI Credits so I will get a pension when I am older. The system is a joke. The UK Government is a joke.