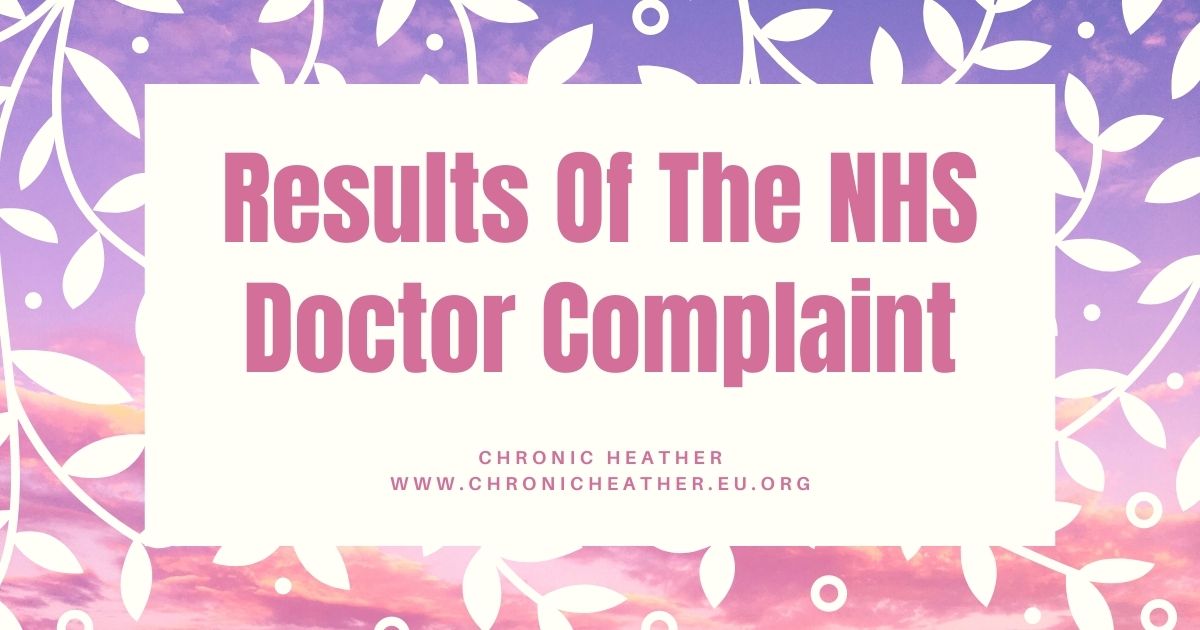 Remember my previous post that you can read here, about the pain clinic’s anaesthesiologist’s lies, made up side effects I don’t have, made up conditions I don’t have and lying letter that he wrote to my GP which was the opposite of everything we said with mistakes, lies and make up things in.

Well the complaint reached its end. Not really happy but here it is.

That is it. Just notes get added. Nothing about the fact there were numerous other people in the room that all heard him say what I heard. He wrote a letter of lies and he doesn’t get punished at all even though they found his work was poor?!

I don’t have the symptoms or conditions and yet that doesn’t get removed from my medical records that are there for life?! How is that right?!

The letter is filled with lies and mistakes. The things he told me, he wrote the opposite in the letter.
Worst doctor ever. I wanted this all removed as all doctors and other medical professionals read this appointment and refer to it. Have had them do that 5 times already and I have to explain that isn’t right which is hard as they want to know why it isn’t right. Can’t really say “oh well the doctor made up a load of rubbish and lied”

I remember it all like it was yesterday. It was over a year ago for him so he wouldn’t remember yet he lied all the way through his meeting about my complaint.

This was a NHS anaesthesiologist.

I am still not remotely happy about the outcome but they won’t do anything else. Just add a note. It all remains on my account for life.